What Exactly Are We Learning Here?

Elias has a Baby Einstein Activity Mat that he has loved since he was 3 or 4 weeks old. Here's one of the first times he ever played on it: 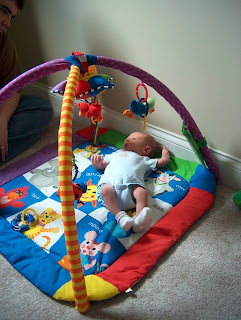 And here is one of the first smiles we ever captured on photo, aimed at one of his first friends, the duck: 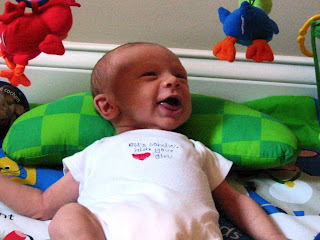 He absolutely loves this toy, and it's really fun to watch him grow and see the new ways he figures out to play with this thing. However, since he loves it so much and plays on it so often, I have really had a lot of time to look at it, and I'm slightly disturbed by the images on it. Let's look closer. Here is the mat itself: 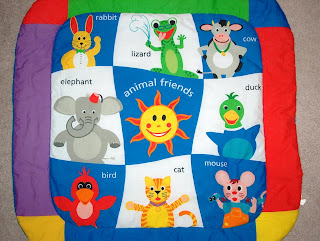 Cute animals, bright colors, fun times, right? Sure, but I'm slightly confused at why they had the animals look the way they do. Let's look at each one individually, and maybe someone can help me figure out what in the world is going on. In the center, we have the sun. 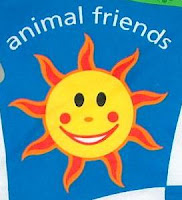 Not exactly an animal, so the title "animal friends" doesn't seem to apply. But I don't really have a problem with the sun or the way it looks.

Four of the other animals also look normal and I don't have a problem with them. 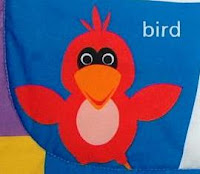 The bird is a cardinal, which was my Granny's favorite bird, looks awesome. 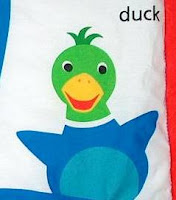 The duck looks pretty good, assuming that the white stripe is just its markings and not supposed to be a collar. (I mean, who ever put a collar on a duck?!) 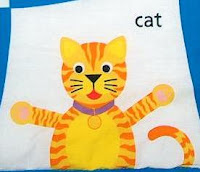 The cat is wearing a collar, great. 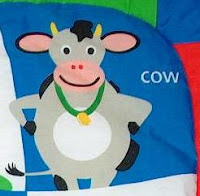 And the cow is wearing a bell, perfectly normal. (Although I'm not sure why he's standing with his hands on his hips... And what are the creepy black tumors all over him? Regardless, that could just be poor artistry, not purposeful weirdness like the ones below.)

But now we get to things that confuse me. We have a rabbit wearing a bow tie. 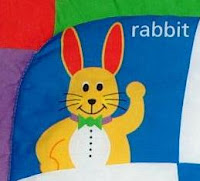 Is this because rabbits are associated with magicians? I don't know.

Then we have an elephant wearing a fez. 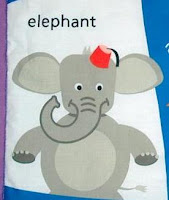 What? Is he a shriner? Or a circus elephant?

Even stranger is the lizard, who seems to be wearing glasses and holding a feather quill pen. (I also think his tongue hanging out is creepy, but I guess lizards do stick their tongues out in real life.) 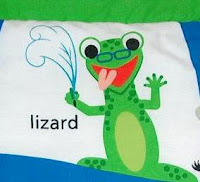 What on earth? I can think of no circumstance in which those things could be explained.

And lastly, and I think most disturbing, is the mouse. 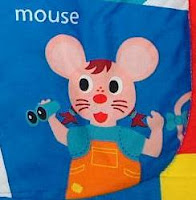 She is the only animal who is fully dressed - wearing overalls, pigtails, and a bow on her tail - and she's holding binoculars (or are they sunglasses?). Why is the mouse wearing clothes? And pigtails?! I am just mystified.

So I am just stumped as to why the artist who drew these animals made them like this. Why make some of them normal, give some of them weird props, and make one of them fully clothed? Is there something that my baby is supposed to be learning through this? I can tell you that he would never recognize a mouse in real life if this is what he thought they looked like... Anybody have any explanations for this madness?!
Posted by Joni at 12/01/2008 08:31:00 PM

your post made me laugh out loud! I have no explanation for you though! Sorry. We have a book with the baby Einstein animals in it and there are more and they are doing some strange things too. No worries though, at least Eli will have an imagination!

Well, no children's toy should have a nude mouse! That would be an outrage!

Don't know about the lizard. That is weird.

Hmmmmm....there doesn't appear to be any rhyme or reason! Weird!